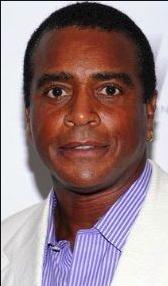 Ahmad is alive and kicking and is currently 72 years old.
Please ignore rumors and hoaxes.
If you have any unfortunate news that this page should be update with, please let us know using this .

Does Ahmad Rashad Have the coronavirus?

Ahmad Rashād (born Robert Earl Moore on November 19, 1949) is an American sportscaster (mostly with NBC Sports) and former professional football player. He was the fourth overall selection of the 1972 NFL Draft, taken by the St. Louis Cardinals.
Rashād has been married five times and divorced four. In 1969, he married his first wife Deidre Waters. They had a daughter, Keva, born in 1970. He also has a son, Sean, born in 1970. In 1976, he married his second wife, Matilda Johnson. They had two children, daughter Maiyisha (born in 1976) and son Ahmad Jr. (born in 1978). They divorced in 1979.

In 1985, Rashād married actress Phylicia Ayers-Allen, known for her work on Cosby Show. He proposed to her earlier that year on national television during the pregame show of NBC's broadcast of the Thanksgiving Day football game, between the Detroit Lions and the New York Jets. It was the third marriage for each of them. Unike many actresses, Phylicia took her husband's surname. She has kept the name "Phylicia Rashād" as her professional one since their divorce. Out of this marriage, he gained a stepson Billy Bowles (born 1973). After a year of marriage, they had a daughter, Condola Phylea Rashād, named after his mother. In 2001, after nearly sixteen years of marriage, they divorced.
In 2007, Rashād wed his fourth wife, Sale Johnson (ex-wife of Woody Johnson, Johnson & Johnson billionaire heir and New York Jets owner). He gained three stepdaughters from this marriage: Casey Johnson (1977–2010), Jamie Johnson (b. 1982), and Daisy Johnson (b. 1987). After Casey's death, they adopted Sale Johnson's granddaughter, Ava-Monroe (born August 14, 2006). They divorced in 2013.
In 2016, he married Ana Luz Rodriguez-Paz, a psychologist in South Florida.