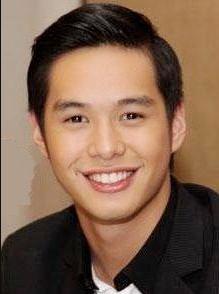 Aj passed away on April 17, 2011 at the age of 18 in Paniqui, Tarlac, Philippines. Aj's cause of death was vehicular accident.

Antonello Joseph "AJ" Sarte Perez (February 17, 1993 – April 17, 2011) was a Filipino actor. He was a member of ABS-CBN's Star Magic in Batch 13. He portrayed one of the lead characters in the 2009 miniseries Your Song Presents: Underage. In 2010, he played his first main role on primetime in the television series, Sabel.
Perez was discovered by ABS-CBN in a TV commercial for Milo. He attended self-enhancement workshops with ABS-CBN Talent Center and was one of the new talents launched by Star Magic on its 13th Anniversary in 2006.

The same year, Perez, along with the rest of Star Magic Batch 13, made a cameo appearance in the Komiks special episode Bampy. He then appeared in Star Magic Presents: All About A Girl along with Piolo Pascual and Lauren Young—his first team up with Young—they would then subsequently appear in several TV shows opposite each other. He was later cast as Josh Smith, his first regular TV appearance, in the youth-oriented TV series Star Magic Presents: Abt Ur Luv. In December 2006, he made his film debut in the award-winning Star Cinema film Kasal, Kasali, Kasalo, where he played the younger brother of Judy Ann Santos.
He died at the age of 18, in a vehicular accident in Moncada, Tarlac midnight of April 17, 2011. On April 17, 2011, Perez had just finished a show in Dagupan and was riding an ABS-CBN service van on his way home with his father Gerardo, and four others. The driver of the van tried to overtake a trailer truck but collided with a Partas provincial passenger bus along MacArthur Highway in Barangay San Julian, Moncada, Tarlac. He was declared dead on arrival at the Rayos-Valentin Hospital in Paniqui, Tarlac at 12:10 a.m. Initial reports said that the cause of his death was "multiple head injuries". The autopsy, however, revealed that his broken ribs pierced his heart and lungs thus causing his death.