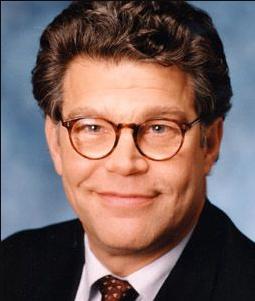 Al is alive and kicking and is currently 71 years old.
Please ignore rumors and hoaxes.
If you have any unfortunate news that this page should be update with, please let us know using this .

Alan Stuart "Al" Franken (born May 21, 1951) is an American comedian, actor, politician, and writer. He is currently the junior United States Senator from Minnesota. He became well known in the 1970s and 1980s as a writer and performer on Saturday Night Live. After several decades as a comedic actor and writer, he became a prominent liberal political activist and was elected to the United States Senate, narrowly defeating incumbent Republican Senator Norm Coleman in 2008. Franken is a member of the Minnesota Democratic–Farmer–Labor Party (DFL), an affiliate of the Democratic Party.