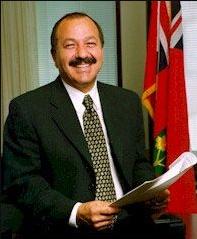 Al Palladini (December 24, 1943 – March 7, 2001) was a politician in Ontario, Canada. He was a Progressive Conservative member of the Legislative Assembly of Ontario from 1995 until his death in 2001 and was a cabinet minister in the government of Mike Harris.