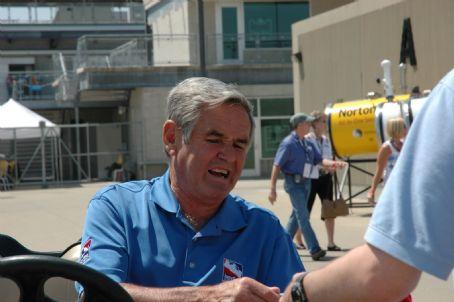 Al is alive and kicking and is currently 83 years old.
Please ignore rumors and hoaxes.
If you have any unfortunate news that this page should be update with, please let us know using this .

Alfred "Al" Unser (born May 29, 1939) is an American automobile racing driver, the younger brother of fellow racing drivers Jerry and Bobby Unser, and father of Al Unser, Jr.. Now retired, he is the second of three men to have won the Indianapolis 500-Mile Race four times, the fourth of five to have won the race in consecutive years, and won in American Championship Car Racing in 1970, 1983, and 1985. He is the only person to have both a sibling (Bobby) and child (Al Jr.) as fellow Indy 500 winners. Al's nephews Johnny and Robby Unser have also competed in that race.
Unser has led the most laps of any driver in the history of the Indianapolis 500, at 644. Unser tied Ralph DePalma's long standing record of 612 laps led on the last lap of his 4th victory.

Unser holds the record of being the oldest driver to ever win the 500 at 47 years old (1987), breaking the previous record set by his brother Bobby. Unser won two 500-mile races at Pocono (in 1976 and 1978) and two more at Ontario (in 1977 and 1978) bringing his total of 500-mile race wins (including four Indianapolis 500s) to eight.
Unser was the 1978 IROC champion. He also competed in the 1968 Daytona 500 and four other NASCAR Winston Cup & Grand National races, all held on road courses with a best finish of fourth (twice).
Unser married Wanda Jesperson in 1958 and they had three children- Alfred Jr., Mary, and Deborah. Deborah died in a dune buggy accident in 1982. Al and Wanda divorced in 1971 and Al married Karen Sue Barnes on November 22, 1977.