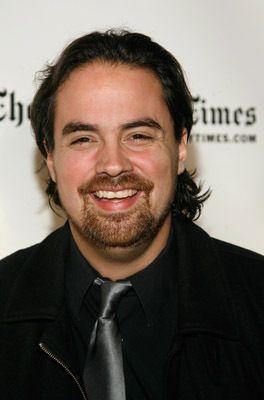 Alex is alive and kicking and is currently 49 years old.
Please ignore rumors and hoaxes.
If you have any unfortunate news that this page should be update with, please let us know using this .

Alex Rivera was born in 1973 in New York City, New York, USA. He is a director and writer, known for Sleep Dealer (2008), The Sixth Section (2003) and A Contract with God.Personal Quotes (4)There's a long history that has been erased and it's part of the duty of artists who define themselves as Latino to rescue parts of that history because we deserve to know it.I've been working with other filmmakers for the past fourteen years through a small distribution company called SubCine, the subliminal, sublimated. The idea behind the name is that experimental films, documentaries and risky fiction films are already shut out of the mainstream film culture, so if you are making that kind of work from the Latino perspective it's yet another level of marginalization. It's like we are the outsiders of the outsiders.I have a curious mind and active imagination, which is a curse and a blessing. Definitely over the years I have had many ideas and I try to do everything [including] developing my own material. About a year ago I got interested in the story of a legendary Chicano activist - somebody who should be as well known as Martin Luther King, Malcolm X or Cesar Chavez, but who is not. His name is Reies Lopez Tijeria. He led an armed movement in New Mexico to reclaim part of the land for the original Mexican families that had settled there before it was the United States. He is a fascinating character and there are parts of his story that are like a Quentin Tarantino film. Like he would wear a suit in the desert while armed, trying to arrest police officers. It has that kind of great genre and humor in it.All the way through, if you look at any chapter in Latino history, and as I would define it, it starts with the conquest when the Spanish met Native Americans and started to kill each other and enslave each other and make babies together and create a whole new race. Is there anything More Shakespearian? More dramatic? No.