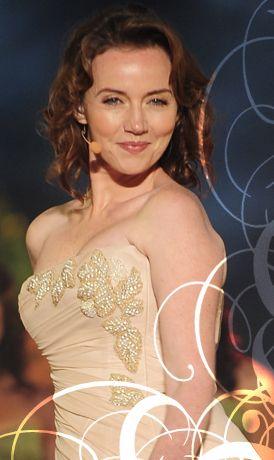 Alexandria is alive and kicking and is currently 50 years old.
Please ignore rumors and hoaxes.
If you have any unfortunate news that this page should be update with, please let us know using this .

Alexandria Sharpe (born 4 May 1972) is an Irish soprano singer and performer mostly known for her live roles in London's West End and on the Irish stage (both the Olympic and Gaiety Theatres). She is well known for performing with Celtic Woman from 2008-10.She was a featured soloist at Andrew Lloyd Webber's 60th birthday celebration (2008) with the RTE Orchestra and she released a solo album titled Be Still My Soul at 2014.Career She began her career at 1991 by portraying Dorothy in The Wizard of Oz at the Olympia Theatre in Dublin.Her career in musical theatre continued, as she played Janet in The Rocky Horror Show, Young Sally in Follies in Concert, Jenny in Aspects of Love, and Mila in Aloha Kamano by Sean Purcell. She was asked to play Éponine in Les Misérables for the Cameron Mackintosh Company in England and Ireland and in the Concert Tour of Les Misérables. She created the role of Bernadette in the Andrew Lloyd Webber/Ben Elton Musical The Beautiful Game. On her return to Ireland she played the role of Kate Foley in The Wireman in the Gaiety Theatre, Dublin.Alex has sung with the Icelandic Royal Philharmonic Orchestra, The Danish National Symphony, and the RTÉ Concert Orchestra. She has made many recordings, such as on the Evita film Soundtrack with Madonna.She has appeared at a concert for the Princes Trust in the Mayflower Theatre, England, and in 2006 she travelled to Chicago to launch the musical The Pirate Queen as principal female. At 2014 she released her first solo album "Be Still My Soul" produced by Andrew Holdsworth, which is a collection of hymnal and Easy listening classical songs.Celtic WomanWhen founding member of Celtic Woman Lisa Kelly went on maternity leave, Sharpe became a temporary member of the ensemble in 2008, saying that "I'm just in for this tour," and "It's a different style than I'm used to. But I've enjoyed learning the technique. My background is musical theatre, so this is something very different for me...But my philosophy is, you're always growing as a performer. There's always so much to learn." She admits that before she joined, she was not familiar with the group's music; "I'd never seen any of their shows...David (Downes, composer and music director of Celtic Woman) gave me a CD and some DVDs, and that was the first time I'd seen any of it."However, "I knew about the success of Celtic Woman and was thrilled to join," she said. "It was an opportunity I couldn't say no to."In 2009, Sharpe became a permanent member of Celtic Woman, in effect replacing Órla Fallon. She has said that "The other members have been really encouraging," and "They have such a history together. I've never been in anything with such a high profile; usually you're much more anonymous." She has toured with the ensemble on their 2009 'Isle of Hope' tour, and has recorded a CD and DVD with the group, both entitled Celtic Woman: Songs from the Heart, released in January 2010. The group toured North America from February to May 2010 on their 'Songs from the Heart' tour.After the tour finished, Sharpe announced she would be leaving Celtic Woman to be with her family full-time. With the group she performed for President Obama and also at Radio City Music Hall. In early 2015 it was announced that she would rejoin Celtic Woman for two months (May and June) of their Tenth Anniversary tour.Post-Celtic Woman On 11 July 2016 it was announced that Sharpe was forming a new group called CaraNua. The group also consists of Lynn Hilary and Edel Murphy who are former singers in both Celtic Woman and Riverdance.Personal life When asked where she developed her musical talent, she has said that "my granddad was a great one for singing songs and banging out tunes on the piano." Also, "I love 'Abide With Me' and 'I Know That My Redeemer Lives'...I love singing hymns. Music is a very powerful thing. I've heard it said that music prepares a man's soul to receive the gospel."Sharpe is a member of The Church of Jesus Christ of Latter-day Saints.She is the middle child and has two brothers and a son, Jacob; "When I had my son, he became my passion in life", she said. "I tried to stay home and take work that wouldn't compromise my relationship with my son.