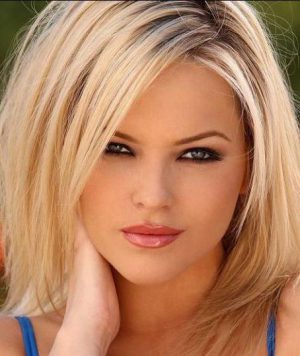 Alexis is alive and kicking and is currently 37 years old.
Please ignore rumors and hoaxes.
If you have any unfortunate news that this page should be update with, please let us know using this .

Alexis Texas, stage name of Thea Alexis Samper (born May 25, 1985), is an AVN Award winning American adult film actress, director, and featured dancer. With over 600 appearances as a performer and 5 as a director as of April 2017, Alexis Texas is one of the most prolific actresses of all time within the adult entertainment business.
As a military brat, Texas was born on an Army base in Panama. She was raised in Castroville, Texas. She is of German, Norwegian, and Puerto Rican descent. Her first job was at a nursing home, where she worked as a personal care assistant. Prior to entering the adult film industry, she attended Texas State University studying respiratory care therapy.

Texas' first scene was with Jack Venice in Shane's World's College Amateur Tour In Texas, filmed in October 2006, followed by several scenes for Bang Bros in Florida. She then moved to Los Angeles and began shooting scenes for the LA Direct modeling agency in March 2007. Released in February 2008, Discovering Alexis Texas was directed by the adult performer Belladonna.
In 2012, Texas signed an exclusive, one-year contract with the company Adam & Eve. In February 2014, it was announced that she had amicably separated from Adam & Eve.
Texas currently (As of 2014) has a show on Vivid Radio entitled Alexis Texas: Booty Talk. In June 2015, Elegant Angel signed her to an exclusive directing contract. Her directorial debut, Big Booty Tryouts, was released the following month. She appeared in all of the film's scenes, which were the first ones she shot after a nearly two-year hiatus from performing. She also directed The Real Buttwoman Returns, which featured her first gangbang scene.
Texas was featured on the cover of Genesis magazine in April 2009, and Hustler magazine's 35th anniversary edition in June 2009. In 2010, she was named by Maxim as one of the 12 top female stars in porn. In 2013, she was one of the 16 actresses portrayed in Deborah Anderson's documentary film Aroused.
In 2011, Texas made her crossover debut to mainstream movies, starring in the comedy horror film Bloodlust Zombies. She also appeared in the music video for "Bandz a Make Her Dance" by Juicy J in 2012.
She was married to pornographic actor Mr. Pete from 2008 to 2013.