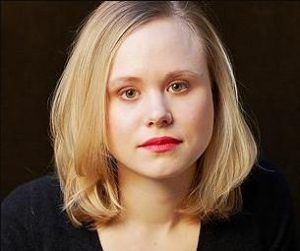 Alison is alive and kicking and is currently 37 years old.
Please ignore rumors and hoaxes.
If you have any unfortunate news that this page should be update with, please let us know using this .

Alison Courtney Pill (born November 27, 1985) is a Canadian actress. A former child actress, Pill began her career at age twelve, appearing in numerous films and television series. She transitioned to adult roles and her breakthrough came with the television series The Book of Daniel (2006). That same year, she was nominated for a Tony Award for Best Featured Actress in a Play for her performance in The Lieutenant of Inishmore (2006).