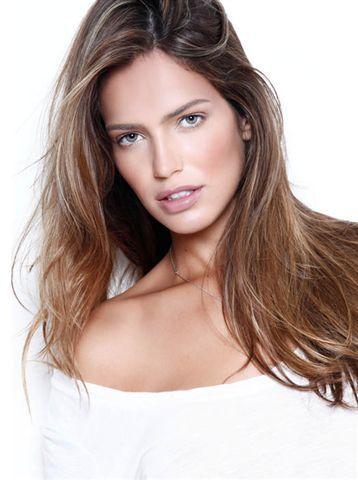 Amanda is alive and kicking and is currently 36 years old.
Please ignore rumors and hoaxes.
If you have any unfortunate news that this page should be update with, please let us know using this .

Does Amanda Wellsh Have the coronavirus?

Amanda Wellsh is a stunning and very busy Brazilian model. She took a little time out from her career in 2011 to have a son and be a full time mom, but in 2014 she reappeared with new test shots and once again emerged as a model to have on the runway and in publications. She got her start in modeling in 2005. She stated she was 14 when she was discovered locally in Patos de Minas. She was intent on going to school and only worked when it would not interfere with her education. By 2008 she was finished with school and attended a university, but she was modeling more and more. It was at this point she was willing to take on some international modeling roles. She credits her comeback after the birth of her son as the moment her modeling took off internationally.In an interview, Wellsh stated that it was motherhood that provided her with more of a focus and sense of determination. Her first fashion week for New York was definitely amazing and she caught the eyes of many. She has stated that she doesn’t play around when it comes to work. She takes what she can do and makes sure her discipline and focus are there, while also taking time to be with her family.Amanda Wellsh models for IMG Models agency both in London and New York. She often does covers, editorials, runway and videos for the agency. While working for the agency and throughout her career Amanda has been in +55 Brazil, Allure, Antidote, Garage, Gentlewoman, H&M, I-D, Muse, Vogue (Australia, Brazil, Germany, Netherlands, Paris, Russia, and Spain).She often models for brands such as Balmain, Blumarine, Diane Von Furstenberg, Emanuel Ungaro, Emilio Pucci, Etro, Fausto Puglisi, Gucci; Herve Lege, J. Mendel, Jean Paul Gaultier, Lacoste, Mugler, and Oscar De La Renta. She has also modeled for Paul & Joe, Philipp Plein, Porsche, Ports, Public School, Roberto Cavalli, Salvatore Ferragamo, Tod's, Trussardi and Vionnet.Examining her work history by year she has advertising, editorial, magazine covers, shows and lookbooks.Advertising 2014 Amanda was in an ad for Calvin Klein underwear. She also did work for Paul and Jose fall/winter, Massimo Dutti fall/winter, and Gucci spring/summer.Much of the work Amanda does is for editorials. In 2015 she appeared in Harper’s Bazaar Germany, Vogue Paris, the Gentlewoman, Vogue Brazil, and Vogue Russia. Working in 2014, she was highlighted in editorials for Magazine Antidote, Vogue Netherlands, Muse Magazine, 3 appearances in Vogue Brazil, Vogue Russia, Lui France, Numero, Interview Germany, Vogue Espana, and Garage Magazine.Magazine Covers Amanda Wellsh has been on several magazine covers including 2015 appearances on Harper’s Bazaar Germany, Vogue Brazil, and Dansk. In 2014 she was on the covers of Vogue Netherlands, Muse Magazine, Vogue Brazil, Interview Germany, Numero, and H&M.Shows Recent appearances in shows include Esteban Cortazar, Hermes, Topshop Unique, J Mendel, and Herve Leger all for the fall/winter 2015 show. The year before she was in spring/summer shows for Emanuel Ungaro, Jean Paul Gaultier, Mugler, Balmain, and Vionnet.Most of her work is for publications and shows, but she does not have many lookbooks. She has appeared in only two in 2014 and 2013. The latest appearance was for the H&M catalog and her first was the Gucci pre fall catalog.