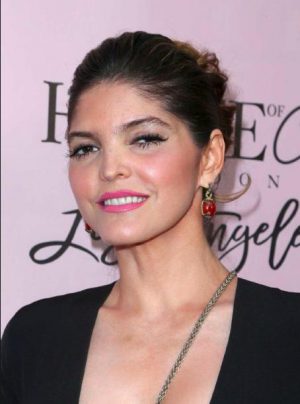 Ana is alive and kicking and is currently 51 years old.
Please ignore rumors and hoaxes.
If you have any unfortunate news that this page should be update with, please let us know using this .

Does Ana Barbara Have the coronavirus?

Altagracia Ugalde Motta better known as Ana Bárbara is a Mexican recording artist. She has become a prominent figure within Latin entertainment since her professional debut in 1994 and is among one of the leading female figures in regional Mexican music.
In July 2005, Ana Bárbara began a relationship with Mariana Levy's widower José María Fernández, an architect commonly known as Pirru. Their union proved highly controversial because Pirru had recently lost his wife. Soon, Barbara's personal life would become a media frenzy. Although the couple was harshly criticized by the general public, they engaged October 2005 and wed a few months after. Their union, however, stunned the media and many of Bárbara's followers in México and the United States for years to come. In June 2010, tabloid magazines and entertainment television shows speculated over divorce rumors between Ana Bárbara and Pirru, due to his infidelity. On July 2, 2010 Bárbara released a statement confirming the end of their five-year marriage. Months after the split, she confirmed a new relationship with wealthy business man Elias Sacal, but that also went sour several months later. She is currently dedicated solely to her children and career.

In July 2010, she was involved in a car accident in Cancún that left a 79-year-old woman dead; the incident sparked a media circus. Authorities arrested Bárbara's driver (bodyguard and family friend). Some eyewitnesses, however, speculated that it was Bárbara who was driving. She denied the accusations and any wrongdoing.
After several public and tumultuous incidents in recent years, Bárbara experienced depression and anorexia. She confirmed via Twitter in March 2011 that she had "an illness" and was receiving treatment in Spain to improve her overall well-being. In July 2011, Ana Bárbara confirmed that she was moving from México and relocating to the United States.