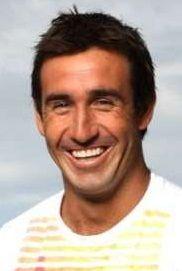 Andrew is alive and kicking and is currently 48 years old.
Please ignore rumors and hoaxes.
If you have any unfortunate news that this page should be update with, please let us know using this .

Andrew Gary "Joey" Johns (born 19 May 1974) is an Australian former professional rugby league footballer of the 1990s and 2000s, considered by many to be the greatest player of all time. Hailed as the best halfback in the world for many years, he captained the Newcastle Knights in the National Rugby League and participated in the team's first two premiership victories in 1997 and 2001, playing a club record 249 games for the Knights. Johns also represented his country at two World Cups, and on one Kangaroo tour, playing in total 21 Test matches for the national side. He played in 23 State of Origin series matches for the New South Wales Blues (captaining the side to a series win in 2003), and played for the Country Origin side in 1995 and 2003.