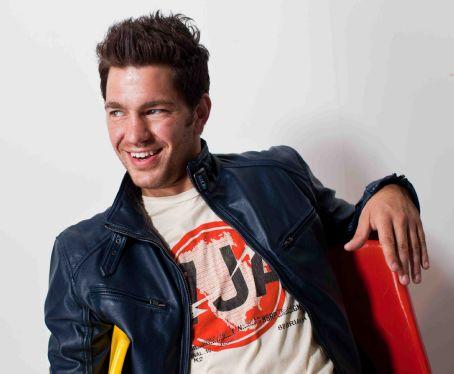 Andy is alive and kicking and is currently 39 years old.
Please ignore rumors and hoaxes.
If you have any unfortunate news that this page should be update with, please let us know using this .

Andrew "Andy" Grammer (born December 3, 1983) is an American singer, songwriter, and record producer. He is signed to S-Curve Records. His debut album, Andy Grammer, was released in 2011 and spawned the hit singles "Keep Your Head Up" and "Fine by Me". His second album Magazines or Novels was released in 2014, with "Back Home" as the first single. The album's second single, "Honey, I'm Good", is his biggest hit to date, peaking at #9 on the Billboard Hot 100.
His debut album, Andy Grammer, was released on June 14, 2011 on S-Curve Records. The self-titled album was produced by Matt Wallace from Maroon 5, Matt Radosevich, Dave Katz, and Sam Hollander of Gym Class Heroes. He joined Natasha Bedingfield on her Less is More Tour, which began June 2011, and Colbie Caillat on her US and Canada tour, which began August 2011. The Grammy Museum, in Los Angeles, featured him in the first installment of its homegrown local artist series starting in May 2011.

Grammer credits his music influences to three genres of music: guitar players like Jason Mraz, John Mayer and Jack Johnson; modern pianists like Coldplay, The Fray, and OneRepublic; and hip-hop vocalists like Common, Lauryn Hill, Jay-Z, and Kanye West.
On October 27, 2015, he performed the National Anthem prior to the start of the opening game of the World Series between the Kansas City Royals and the New York Mets at Kauffman Stadium in Kansas City. In January 2016, he performed an a cappella version of "The Star-Spangled Banner" at the Denver Broncos–New England Patriots AFC Championship Game in Denver.