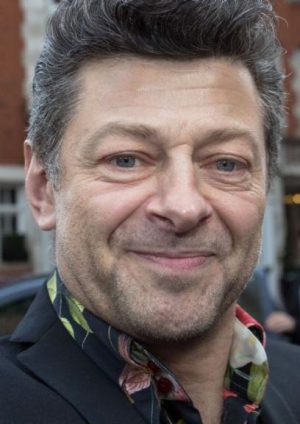 Andy is alive and kicking and is currently 58 years old.
Please ignore rumors and hoaxes.
If you have any unfortunate news that this page should be update with, please let us know using this .

Andrew Clement "Andy" Serkis (born 20 April 1964) is an English film actor, director and author. He is best known for his performance capture roles comprising motion capture acting, animation and voice work for such computer-generated characters as: Gollum in The Lord of the Rings film trilogy (2001–2003) and The Hobbit: An Unexpected Journey (2012), King Kong in the eponymous 2005 film, Caesar in Rise (2011) and Dawn of the Planet of the Apes (2014), and Captain Haddock in Steven Spielberg's The Adventures of Tintin (2011). Upcoming motion capture roles include playing Supreme Leader Snoke in Star Wars: The Force Awakens (2015), and Baloo in Jungle Book: Origins (2017).