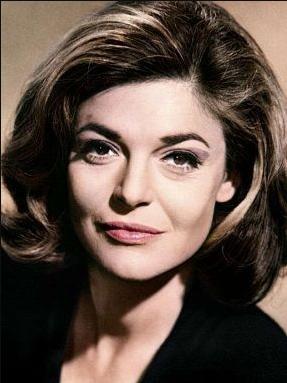 Anne passed away on June 6, 2005 at the age of 73 in Manhattan,New York City, New York, United States. Anne's cause of death was uterine cancer.

Her status as the predatory "older woman" in the film is iconic, although in real life she was just 36 and only six years older than co-star Dustin Hoffman. Bancroft would later express her frustration over the fact that the film overshadowed her other work. Selective for much of her intermittent career, she appeared on the screen more frequently in the '90s, playing a range of characters in such films as Love Potion No. 9 (1992), Point of No Return (1993), Home for the Holidays (1995), G.I. Jane (1997), Great Expectations (1998) and Up at the Villa (2000). She also started to make some TV films, including Deep in My Heart (1999) for which she won an Emmy.
Sadly, on June 6, 2005, Bancroft passed away at the age of 73 from uterine cancer. Her death surprised many, as she had not revealed any information of her illness to the public. Among her survivors was her husband of 41 years, Mel Brooks, and her only child, Max Brooks, who was born in 1972. Her final film, the animated feature Delgo (2008), was released posthumously in 2008 and dedicated to her memory.