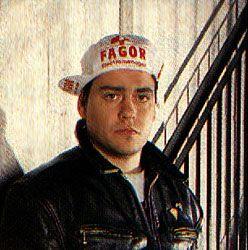 Anthony is alive and kicking and is currently 59 years old.
Please ignore rumors and hoaxes.
If you have any unfortunate news that this page should be update with, please let us know using this .

Anthony (Tex) Doughty (born 30 July 1963 in Crawley, Sussex, England) is an English rock musician. He was a member of a number of punk bands in the late 1970s, including Peroxide Romance, X-Ray Spex, The Outpatients and The Moors Murderers. In 1986, he and Dave Parsons joined fellow musicians Wendy James and Nick Sayer to form Transvision Vamp. After they split up, Doughty joined a band called Max with Matthew Ashman, Kevin Mooney, John Reynolds and John Keogh in which he played keyboards. They released a Trevor Horn produced album, Silence Running in 1992.