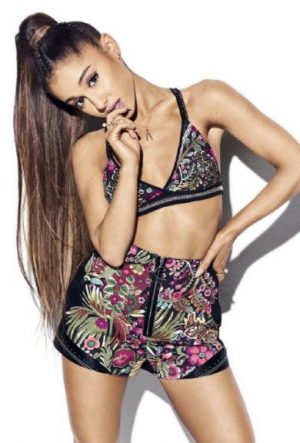 Ariana is alive and kicking and is currently 29 years old.
Please ignore rumors and hoaxes.
If you have any unfortunate news that this page should be update with, please let us know using this .

Does Ariana Grande Have the coronavirus?

Ariana Grande is a sitcom-star-turned-bona fide pop music sensation, known for such hit songs as "Problem," "Bang Bang" and "Dangerous Woman."
Ariana Grande was born in Boca Raton, Florida, in 1993 and began performing onstage when she as a child. A role in a Broadway play at age 15, followed by some small TV roles, helped her land the role of Cat on TV's Victorious. She followed that with the spinoff Sam & Cat and then dove headfirst into a chart-topping musical career, releasing three albums Yours Truly (2013), My Everything (2014) and Dangerous Woman (2016). Her popularity has been fueled by a strong social media presence on Instagram, Twitter and Facebook.

Grande's modest look early in her career was described as "age appropriate", compared with other pop stars who grew up in the public eye. Jim Farber of New York Daily News wrote in 2014 that Grande received less attention "for how little she wears or how graphically she moves than for how she sings." That year, she began to wear short skirts and crop tops with knee-high boots in performances and on red carpets. After years of dyeing her hair red to play Cat Valentine, Grande wore extensions while her natural hair grew out. Anne T. Donahue of MTV News called Grande "aesthetically relevant" and argued that her bold and whimsical fashion choices should receive more critical attention.
Grande was raised a Roman Catholic but abandoned Catholicism during the pontificate of Benedict XVI, citing opposition to the church's stance on homosexuality, noting that her half-brother Frankie is gay. She has followed Kabbalah teachings since the age of twelve, along with Frankie, believing "the basis lies in the idea that if you're kind to others, good things will happen to you." A few of her songs, such as "Break Your Heart Right Back", are supportive of LGBT rights.
Grande met actor Graham Phillips in the cast of the musical 13 in 2008 and dated him until 2011. She dated Mac Miller from August 2016 to May 2018. In May 2018, Grande began dating actor and comedian Pete Davidson. The two called off their engagement and ended their relationship in October 2018.