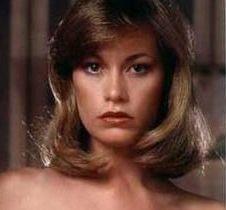 Ashley is alive and kicking and is currently 66 years old.
Please ignore rumors and hoaxes.
If you have any unfortunate news that this page should be update with, please let us know using this .

Ashley Cox (born November 15, 1956) is an American model and actress.BiographyCox was Playboy magazine's Playmate of the Month for its December 1977 issue. Her centerfold was photographed by Mario Casilli. Cox was one of Hugh Hefner's "Personal Playmates", a term Hefner designated women that he dated seriously.She has two children and, as she told The Playboy Book in 1996:I've been married several times, and I'm still looking for my knight in shining armor. Men think they want a fantasy girl, but when they meet somebody who's been a centerfold and dated a couple of well-known actors, I think that overwhelms them.Theatrical CareerCox appeared in movies such as Logan's Run (1976), Drive-In (1976), The Nude Bomb (1980), King of the Mountain (1981), Looker (1981), and Night Shift (1982).