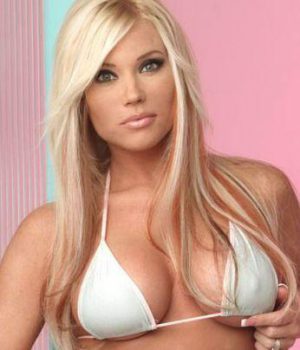 Ashton is alive and kicking and is currently 46 years old.
Please ignore rumors and hoaxes.
If you have any unfortunate news that this page should be update with, please let us know using this .

Born March 31, 1976 in Newport Beach, California, blonde pornstar Ashton Mooregrew up in Arizona and was first discovered professionally in a Hot Body International pay-per-view special in 1997. After the filming, an agent approached Ashton Moore and introduced her to legendary adult photographer Suze Randall. Suze Randall shot Ashton Moore extensively, landing the fresh faced 22-year old in numerous top-tier adult magazines. When Ashton Moore`s agent then suggested she break into adult films, Ashton Moore agreed and was immediately signed to a video contract with Adam and Eve. After performing and starring in five features, Ashton Moore stepped away from the adult industry. After spending nearly three years away from Porn Valley, Jill Kelly happened upon Ashton Moore at a bar. Ironically, this came at a time when Ashton Moore was contemplating starting her own personal website. Less than a month later, Ashton Moore was back in the adult industry as an all girl contract star for JKP. Over the next three years Ashton Moore performed lesbian-only scenes in over 75 adult movies for JKP. After departing JKP in early January of 2005, Ashton visualized one more giant step for her career and pursued a video contract with Club Jenna. Ashton Moore`s mane of blonde hair brings to mind the classic starlets of the 1990s, but she`s definitely a girl for the new millennium. With multiple piercings and tattoos as well as a luscious 36D-24-35 figure packed onto a tiny 5`3"" body, Ashton Moore is extreme in more ways than one.