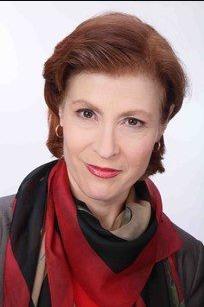 Babett is alive and kicking and is currently 64 years old.
Please ignore rumors and hoaxes.
If you have any unfortunate news that this page should be update with, please let us know using this .

Does Babett Arens Have the coronavirus?

Babett Arens was born on July 7, 1957 in Germany. She is an actress, known for Zimmer 36 (1988), Julia's Disappearance (2009) and The Inventor (1981).Babett Arens is the daughter of actress Margrit Ensinger and the actor and director Peter Arens. From 1976 to 1979 Arens graduated from the Acting Academy Zurich and debuted at the Basel Theater, where she engaged from 1979 to 1983 and starred in classic pieces such as Goethe's "Torquato Tasso" or Schiller's "Intrigue and Love". Then she participated in Zurich, Paris and Munich in independent productions. In 1985 and 1986 she was a member of the Schauspielhaus Zurich, it was followed by a commitment in the Deutsches Schauspielhaus in Hamburg, until a year after Zurich returned in 1989 and in the local Schauspielhaus, inter alia, in Peter Turrini's "The underachiever" occurred. Solid commitments had Arens further on Burgtheater in Vienna (1994-1996) and at the Schauspiel Frankfurt (2001-2005). Prior to that, between and after they developed an extensive activity as a freelance actress on various German stages was often seen at the Vienna Volkstheater, as in Lessing's "Minna von Barnhelm "as Franziska, for whose representation they 1991 Karl-Skraup price received. She played in Austrian classics as "King Ottokar's Fortune and End" by Franz Grillparzer as well as in pieces of contemporary Austrian playwrights, including Elfriede Jelinek ("What happened after Nora left her husband", 1992; "he did not when he", 1999) and Gert Jonke ("insectary", 1999), with whom she worked at the Bregenz Spring of 2008.In addition to her extensive work as a stage actress herself Arens made a name as a television and film actor. She was in the Swiss TV series "The Director" (1994 and 1995), in the German-Austrian crime series "The Last" (1998), in several derrick and in two scene sequences (Tatort Switzerland, 2011 Tatort Stuttgart, 2013) to see and played in more than a dozen German-speaking and French TV and cinema films, including starring in Markus Imboden's "Katzendiebe" (1996) and Stefan Haupt "Utopia Blues" (2002).Since 2009 Arens operated increasingly on the directing and directed plays for the Kosmos Theater Vienna and Retz Festival field. At the State Theatre of Lower Austria brought the 2012 children's classic "The little I-am-I" by Mira Lobe to the stage and took over in an acting role. Her production of Maxim Gorky's "The Lower Depths" received in 2012 a Nestroy Award nomination for Best Off-Production ,LiteratureWho is Who in Austria. Supplement 2006. 21.Ausg work. Train: Who is Who Publishing 2006, p 99Personal site of Babett Arens. URL: