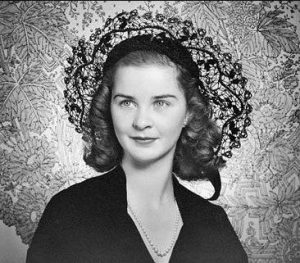 Barbara passed away on September 30, 2012 at the age of 84 in Fernandina Beach, Amelia Island, Nassau County, Florida, USA.

Barbara Ann Scott OC OOnt was a Canadian figure skater. She was the 1948 Olympic champion, a two-time World champion, and a four-time Canadian national champion (1944-46, 48) in ladies' singles. Known as "Canada's Sweetheart", she is the only Canadian to have won the Olympic ladies' singles gold medal, the first North American to have won three major titles in one year and the only Canadian to have won the European Championship (1947-48). During her forties she was rated among the top equestrians in North America. She received many honours and accolades, including being made an Officer of the Order of Canada in 1991 and a member of the Order of Ontario in 2008.