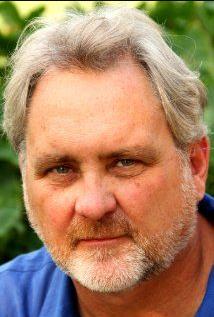 Beau is alive and kicking and is currently 62 years old.
Please ignore rumors and hoaxes.
If you have any unfortunate news that this page should be update with, please let us know using this .

Does Beau Holden Have the coronavirus?

Gregory Beau Holden, a former police officer from Louisiana first entered the film business when he was hired in 1986 as personal bodyguard to actor Richard Gere, during the filming of Tri-Star's "No Mercy"' in Baton Rouge, New Orleans, Louisiana, and North Carolina.Holden went on to work with Gere on his next film, "Miles From Home', in 1987.Ironically, (after a personal referral from Gere to director Taylor Hackford), Holden returned to Louisiana and was hired as bodyguard and driver to actor Dennis Quaid, for Hackford's 1988 film, "Everybody's All-American".After wrapping the film (and forming a friendship with Quaid) , Holden relocated to Los Angeles, to work with D.Q. as his personal assistant.In 1991, Holden joined the Screen Actor's Guild after Stunt Co-coordinator Chris Howell cast him for a utility stunt in the feature film, "Wilder Napalm".Holden's first speaking role came in 1994's "Something To Talk About", with Beau uttering only one word, ("HI") to Julia Roberts.Beau was later cast in "Traffic" as a D.E.A. agent, and received a Screen Actor's Guild Award, for being a member of the Best Ensemble Cast, (7th annual S.A.G.Awards 2000)His biggest role to date was as 'Ted Gassner', the low-level fence tortured in the garage scene with more than a mouth-full of Motor Oil, in "The Fast and the Furious", directed by Rob Cohen.He continued with small scenes in various films, most notably, HBO's, "Dinner With Friends", directed by legendary director, Norman Jewison.He has also appeared as a stunt performer in several films, and was the stunt driver in the Jaguar "Snow Plow", Super Bowl commercial in 2002.Beau continues to work with Dennis Quaid as his personal assistant on his films. He also still performs utility stunts as well as acting in motion pictures.