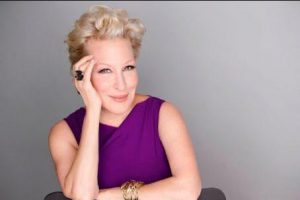 Bette is alive and kicking and is currently 76 years old.
Please ignore rumors and hoaxes.
If you have any unfortunate news that this page should be update with, please let us know using this .

Does Bette Midler Have the coronavirus?

Bette Midler is an American singer, songwriter, actress, comedian, and film producer. Midler made her motion picture debut in 1979 with The Rose, which earned her a Golden Globe for Best Actress, as well as a nomination for the Academy Award for Best Actress. She has since starred in a number of hit films, which include: Down and Out in Beverly Hills (1986), Ruthless People (1986), Outrageous Fortune (1987), Big Business (1988), Beaches (1988), Hocus Pocus (1993), The First Wives Club (1996), The Stepford Wives (2004), and Parental Guidance (2012). She also starred in For the Boys (1991) and Gypsy (1993), winning two additional Golden Globes for these films and receiving a second Academy Award nomination for the former.
In a career spanning almost half a century, Midler has won three Grammy Awards, four Golden Globes, three Emmy Awards, and a Tony Award. She has sold over 30 million records worldwide, and has received four Gold, three Platinum, and three Multiplatinum albums by RIAA.

In 1991, Midler was an early sponsor of the Adopt-a-Highway, paying $2,000 a month for a crew to clean up a 2-mile section of the Ventura Freeway in Burbank, California. Signs at both ends of the section read "Litter Removal Next 2 Miles, Bette Midler." The location was so prominent that it became fodder for her 1993 guest appearance on the Simpsons episode "Krusty Gets Kancelled", where she is seen picking up trash along a stretch of highway she has adopted, and causes car crashes for drivers who deliberately litter. In 1995, she carried the same idea to the east coast, adopting a section of the Long Island Expressway and Bronx River Parkway.
Midler married artist Martin von Haselberg on December 16, 1984, about six weeks after their first meeting. Their daughter, Sophie von Haselberg, who is also an actress, was born on November 14, 1986.