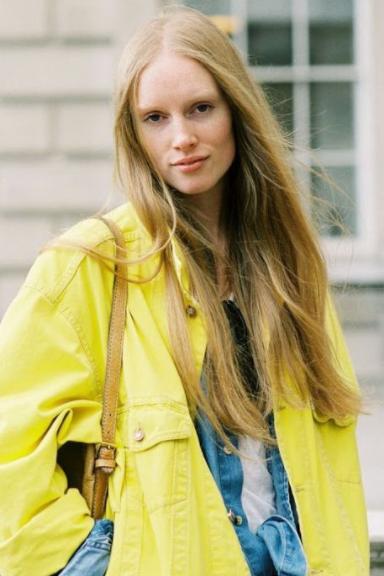 Bianca is alive and kicking.
Please ignore rumors and hoaxes.
If you have any unfortunate news that this page should be update with, please let us know using this .

Bianca O'Brien does not share a lot of her personal information online. It is known that she is a British national who works with IMG Models as well as other agencies. Her mother agency appears to be M4 Models, which offers an online spread of editorials and covers that she has appeared on during her career.In 1999, Bianca O'Brien did a write up for the Independent in which she shared a week of her work as a way of introducing herself as a model. The interview was conducted by Daisy Price in 1999. Bianca talked about her second day of castings for the London Fashion Week, where she was still very young and required her father to drive her to the castings. She went around to several agencies to walk and interview for the show in hopes of being able to walk the runway. By Wednesday of that week she was walking for Clements Ribeiro in the Brick Lane show and she was offered a gig in a Paris Fashion show according to the interview. She also mentioned that Erin O'Connor, a leading model for the week, introduced herself and talked with the “new kid” about the week and the excitement of modeling. Being young, Bianca was in awe of the clothing and makeup that made her feel very feminine and lovely.Bianca O'Brien is located on the IMG Models Paris page. She is mostly known for her editorials in publications such as Amica, Contributor, Edelweiss, IO Donna, Madame Figaro France, PIG, Purple Fashion, Rika, and Sunday Telegraph. She has been photographed by a number of professionals in the modeling world including Ami Sioux, Benjamin Travade, Emanuele Fontanesi and Romain B. James, Magnus Magnusson, Naomi Yang, Nicolas Valois, Olivier Zahm, Romina Shama, and Sandrine Dulermo & Michael Labica.Work History by YearShe is credited with work on magazine covers, editorials, and advertisements. She appeared on the 2012 January cover of Madame Air France. She is also confirmed on the cover of Kult Italy in 2005. For editorials she was confirmed for a February 2013 publication for Amica Italy. Another career highlight includes an advertisement for Caramelo.