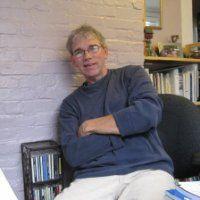 Bill is alive and kicking.
Please ignore rumors and hoaxes.
If you have any unfortunate news that this page should be update with, please let us know using this .

Bill Braudis is a comedy writer and voice actor from Boston, Massachusetts who has also done stand-up comedy. He started in stand-up in 1981. He has appeared in several Soup2Nuts programs, being in the main cast of Science Court and Hey Monie!. He also appeared in the first episode of Dr. Katz, Professional Therapist and played "Dr. Meyers" on O'Grady. He was also a main writer for Dr. Katz, Professional Therapist, but as the show used retroscripting his writing had a variable importance to the final product. He also wrote almost every episode of Home Movies along with creator Brendon Small.