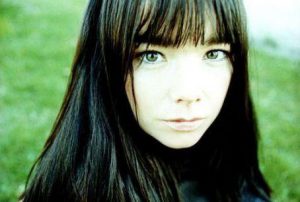 How Old Is Björk? Björk Birthday

Björk is alive and kicking and is currently 56 years old.
Please ignore rumors and hoaxes.
If you have any unfortunate news that this page should be update with, please let us know using this .

Does Björk Have the coronavirus?

Björk Guðmundsdóttir, known as Björk, is an Icelandic singer, songwriter, producer, DJ, and actress. Over her four-decade career, she has developed an eclectic musical style that draws on a wide range of influences and genres spanning electronic, pop, experimental, classical, trip hop, IDM, and avant-garde styles. She initially became known as the lead singer of the alternative rock band The Sugarcubes, whose 1987 single "Birthday" was a hit on US and UK indie stations and a favorite among music critics. Björk embarked on a solo career in 1993, coming to prominence as a solo artist with albums such as Debut (1993), Post (1995), and Homogenic (1997), while collaborating with a range of artists and exploring a variety of multimedia projects.
Outside her music career, Björk starred in the 2000 Lars von Trier film Dancer in the Dark, for which she won the Best Actress Award at the 2000 Cannes Film Festival, and was nominated for Academy Award for Best Original Song for "I've Seen It All". Her 2011 album Biophillia was marketed as an interactive app album with its own education program. Björk has also been an advocate for environmental causes in her home country Iceland. A full-scale retrospective exhibition dedicated to Björk was held at the New York Museum of Modern Art in 2015.

On 12 September 1996, obsessed fan Ricardo López became angry over Björk’s relationship with musician Goldie and attempted to kill her. He mailed a letter bomb, intended to spray the recipient with acid, to Björk's London home. The package was intercepted by the Metropolitan Police Service before the plot could be carried out. López wrote a diary and recorded 22 hours of videotape of himself that described his obsession with Björk, his learning of Björk's romantic relationship with Goldie, his manufacture of the acid bomb, and ended with López committing suicide by shooting himself live on camera while Björk played in the background. He commited suicide after mailing the bomb, hoping that, in the event that the bomb killed Björk, the two would be united in Heaven.
In her few public comments on this event, Björk said she was "very distressed" by the incident and "I make music, but in other terms, you know, people shouldn't take me too literally and get involved in my personal life." She sent a card and flowers to López's family. López's videotapes, including his suicide, were confiscated by the FBI and released to journalists.