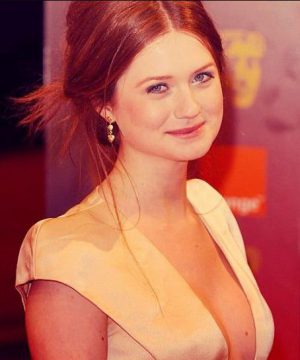 Bonnie is alive and kicking and is currently 31 years old.
Please ignore rumors and hoaxes.
If you have any unfortunate news that this page should be update with, please let us know using this .

Does Bonnie Wright Have the coronavirus?

Bonnie Wright's father, Gary Wright, is still alive and kicking at the age of 79. He is American and has had a career as a singer, musician, composer.

Bonnie Francesca Wright is an English actress and model. She is best known for playing the role of Ginny Weasley in the Harry Potter film series, based on the Harry Potter novel series by British author J. K. Rowling. In February 2010, Wright confirmed she was dating fellow Harry Potter actor Jamie Campbell Bower. Wright and Bower called off their engagement on 30 June 2012.
In 2013, she co-starred in Before I Sleep opposite David Warner, Tom Sizemore, Cynthia Gibb, Eric Roberts, Eugene Simon, Campbell Scott and Chevy Chase. The film premiered at the 2013 Heartland Film Festival. Afterwards, she co-starred in The Sea, based on a John Bansville novel, as Rose the young nursemaid. The film premiered in competition at Edinburgh International Film Festival on 23 June 2013, and had its North American premiere at the 2013 Toronto International Film Festival.

Wright has her own profile page at Next Models Agency. She was named the winner of the Most Edgy Look Award at the 2011 Rodial Beautiful Awards. Also in 2011, Wright appeared in a fashion spread for The Financial Times' luxury lifestyle magazine How to Spend It. The shoot, which took place at the Victoria and Albert Museum, was dedicated to capturing the languor of Dante Rossetti's paintings.
Wright participated as a catwalk model for fashion designer Katie Eary at an Autumn/Winter 2011 show during London Fashion Week. In August 2013, Wright participated, along with Phoebe Collings James and Clara Paget, who teamed up with jeweller designer Dominic Jones modelling southsea deckchairs in aid of World Land Trust and Winchester School of Art charity.