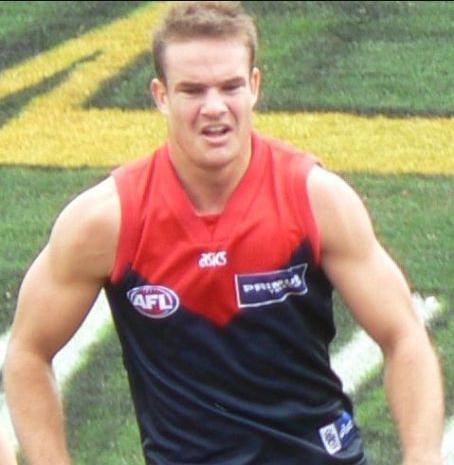 Brad is alive and kicking and is currently 40 years old.
Please ignore rumors and hoaxes.
If you have any unfortunate news that this page should be update with, please let us know using this .

Does Brad Green Have the coronavirus?

Brad Green (born 13 March 1981) is a former Australian rules football player and current Carlton development coach. He played for 13 seasons with Melbourne Football Club in the Australian Football League (AFL). Drafted with the 19th selection in the 1999 AFL Draft, Green played in a losing Grand Final in his first season. In 2010 he won the club's best and fairest award and was the club's leading goalkicker, with many commentators stating he was unlucky to miss out on All-Australian selection. Green was named Melbourne's captain for the next season, but the appointment was short-lived as he held the position for only one year. He also represented the Australian International rules football team in 2004, 2010 and 2011, captaining the side in 2011.