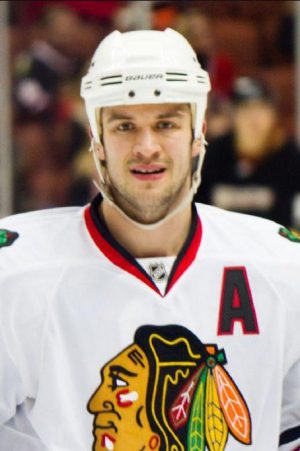 Brent is alive and kicking and is currently 37 years old.
Please ignore rumors and hoaxes.
If you have any unfortunate news that this page should be update with, please let us know using this .

Brent Seabrook (born April 20, 1985) is a Canadian professional ice hockey defenseman currently playing for the Chicago Blackhawks of the National Hockey League (NHL). A three-time Stanley Cup champion, he was selected in the first round, 14th overall, by the Blackhawks in the 2003 NHL Entry Draft out of the Western Hockey League (WHL). He played four seasons of junior with the Lethbridge Hurricanes before joining the Blackhawks in 2005–06. Internationally, he competes for Team Canada and has won gold medals at the 2003 IIHF World U18 Championships, 2005 World Junior Championships and 2010 Winter Olympics in Vancouver.