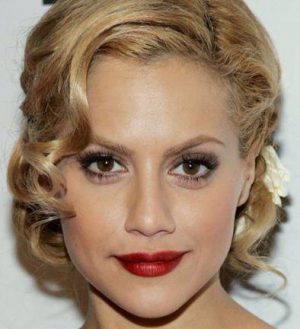 Brittany passed away on December 20, 2009 at the age of 32 in Los Angeles, California, United States. Brittany's cause of death was cardiac arrest (primary causes of her death: pneumonia, anemia and multiple drug intoxication).

Brittany Murphy was born Brittany Anne Bertolotti on November 10, 1977 in Atlanta, Georgia, to Sharon Kathleen Murphy and Angelo Joseph Bertolotti. Her father's ancestry is Italian, and her mother is of Irish and Slovak descent. Her father moved the family back to Edison, New Jersey as a native New Yorker and to be closer to other siblings from previous marriages. While dining out one night in the presence of Hollywood royalty, Brittany at the age of 5 approached an adjoining table when Academy Award nominee Burt Reynolds and George Segal were seated. Brittany introduced herself to the Hollywood legends and confidently told them that someday she too would be a star. She comes from a long line of international musicians and performers with three half-brothers and a sister.
Angelo Bertolotti was torn from their tight-knit family as a made-man with the Italian Mafia. The Senior Bertolotti, who coined the nickname of "Britt" for his daughter, was also an entrepreneur and diplomat for organized crime families and one of the first to be subjected to a RICO prosecution. Brittany's interests and well-being were always her father's first goal and objective. To distance his talented daughter from his infamous past, Angelo allowed Sharon to use her maiden for Brittany's, so that her shining star would not be overshadowed by a father's past, with the couple divorcing thereafter. Brittany began receiving accolades and applause in regional theater at the early age of 9. At the age of 13, Brittany landed several national commercials. She appeared on television and caught the attention of a personal manager and an agent. Soon, Brittany's mother Sharon turned full-time to being a "Stage Mom" where Angelo provided financial support throughout and their relationship is memorialized with a long and close history in pictures.

The hopeful daughter and mother moved to Burbank, CA, where Brittany landed her first television role on Blossom (1990). Hearts and doors opened up for a starring role on Drexell's Class (1991), a short lived TV series. Brittany's big screen movie debut started with Clueless (1995), where she was co-starring with Alicia Silverstone. Britt soared, demonstrating her musical and artistic talents with dramatic and comedic roles landing a nomination for best leading female performance in the Young Artist Awards for her role in the television film David and Lisa (1998). Brittany garnered tremendous attention for her role in Girl, Interrupted (1999) with Academy Award winner Angelina Jolie. Brittany's band, "Blessed Soul" was growing with her as lead singer and Britt lent her vocal talents to the TV hit, cartoon sensation, King of the Hill (1997) as the voice of Luanne.
At 8:00 am on December 20, 2009, the Los Angeles Fire Department responded to "a medical request" at the Los Angeles home Murphy and Monjack shared. She had apparently collapsed in a bathroom. Firefighters attempted to resuscitate Murphy on the scene. She was transported to Cedars-Sinai Medical Center, where she died at 10:04 after going into cardiac arrest.
Shortly after her death, Assistant Chief Coroner Ed Winter told the Associated Press: "It appears to be natural." An autopsy was performed the day after she died. Her death certificate listed the cause of death as "deferred". On February 4, 2010, the Los Angeles County coroner stated that the primary cause of Murphy's death was pneumonia, with secondary factors of iron-deficiency anemia and multiple drug intoxication. On February 25, 2010, the coroner released a report stating that Murphy had been taking a range of over-the-counter and prescription medications, with the most likely reason being to treat a cold or respiratory infection. These included "elevated levels" of hydrocodone, acetaminophen, L-methamphetamine, and chlorpheniramine. All of the drugs were legal and the death was ruled to be an accident, but the report observed: "the possible adverse physiological effects of elevated levels of these medications cannot be discounted, especially in her weakened state."
Grave of Brittany Murphy at Forest Lawn Hollywood Hills On December 24, 2009, Murphy was buried at Forest Lawn Memorial Park in Hollywood Hills.
On May 23, 2010, her widower Simon Monjack was found dead at the same Hollywood Hills residence. In July 2010, Los Angeles Assistant Chief Coroner Ed Winter stated that the cause of his death was acute pneumonia and severe anemia. It was reported that the Los Angeles County Department of Health had considered toxic mold in their house as a possible cause of the deaths, but this was dismissed by Ed Winter, who stated that there were "no indicators" that mold was a factor. Murphy's mother Sharon described the reports of mold contributing to the deaths as "absurd" and went on to state that inspecting the home for mold was never requested by the Health Department. In December 2011, Sharon Murphy changed her stance, announcing that toxic mold was indeed what killed her daughter and son-in-law, and filed a lawsuit against the attorneys who represented her in an earlier suit against the builders of the home where her daughter and son-in-law died.
On January 11, 2012, her father Angelo Bertolotti applied to the Superior Court of California requesting that the Los Angeles County Coroner's Office be required to hand over samples of his daughter's hair for independent testing. The suit was dismissed on July 19, 2012, after Bertolotti failed to attend two separate hearings.
In November 2013, Angelo Bertolotti claimed that a toxicology report showed that deliberate poisoning by heavy metals, including antimony and barium, was a possible cause of Brittany Murphy's death. In a 2014 interview with the Examiner, Bertolotti made it explicitly clear that he believed his ex-wife murdered their daughter. Sharon Murphy described the claim as "a smear".