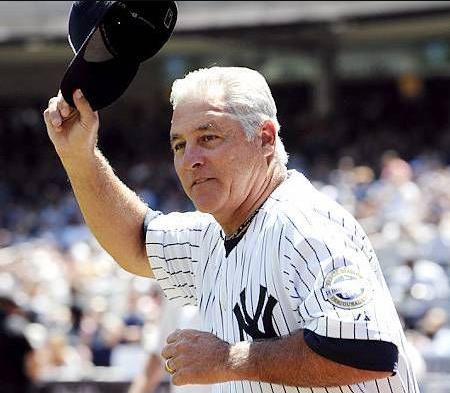 Russell is alive and kicking and is currently 71 years old.
Please ignore rumors and hoaxes.
If you have any unfortunate news that this page should be update with, please let us know using this .

Russell Earl "Bucky" Dent (born Russell Earl O'Dey; November 25, 1951), is a former American Major League Baseball player and manager. He earned two World Series rings as the starting shortstop for the New York Yankees in 1977 and 1978, and was voted the World Series MVP in 1978. Dent is most famous for his home run in a tie-breaker game against the Boston Red Sox at the end of the 1978 season.