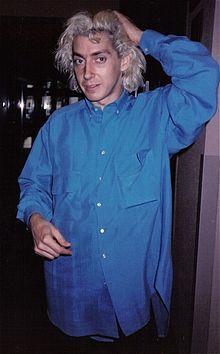 How Old Is Budgie? Budgie Birthday

Budgie is alive and kicking and is currently 65 years old.
Please ignore rumors and hoaxes.
If you have any unfortunate news that this page should be update with, please let us know using this .

Peter Edward Clarke, (born 21 August 1957, in St Helens, Lancashire), better known as Budgie, is an English drummer. His first recording was with The Slits in 1979. He then became the drummer of the influential band Siouxsie and the Banshees (1979–1996) and the drum and voice duo The Creatures (1981–2004). Budgie has also worked with other musicians including John Cale, Leonard Eto (formerly of the Kodo Drummers) and John Grant.