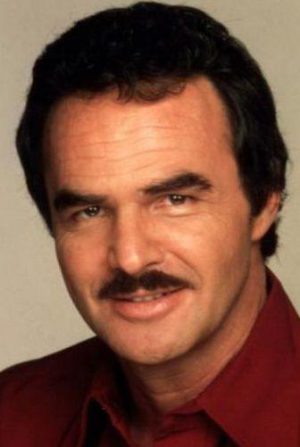 Burt passed away on September 6, 2018 at the age of 82 in Jupiter, Florida, United States. Burt's cause of death was cardiac arrest.

Burton Leon "Burt" Reynolds is an American actor, director and producer. He starred in many television series and feature films, such as Dan August, Deliverance, The Longest Yard as well as its 2005 remake, Smokey and the Bandit and The Cannonball Run. He also won two Golden Globe Awards, one for Best Actor in a Television Series Musical or Comedy for Evening Shade and one for Best Supporting Actor - Motion Picture for Boogie Nights.
Reynolds' close friends have included Johnny Carson, James Hampton, Dom DeLuise, Jerry Reed, Charles Nelson Reilly, Tammy Wynette, Lucie Arnaz, Adrienne Barbeau, Tawny Little, Dinah Shore and Chris Evert. Reynolds was married to Judy Carne from 1963 to 1965, and to Loni Anderson from 1988 to 1993. He and Anderson adopted a son, Quinton. Reynolds and Dinah Shore were in a relationship in the early 70's for about five years. He had a relationship from about 1977 to 1982 with actress Sally Field.

On August 16, 2011, Merrill Lynch Credit Corporation filed foreclosure papers, claiming Reynolds owed $1.2 million on his home in Hobe Sound, Florida. Reynolds owned the Burt Reynolds Ranch, where scenes for Smokey and the Bandit were filmed and which once had a petting zoo, until its sale during bankruptcy. In April 2014, the 153-acre rural property was rezoned for residential use and the Palm Beach County school system could sell it to residential developer K. Hovnanian Homes.
Reynolds reportedly died of cardiac arrest at a Florida hospital on September 6, 2018. He had been suffering from heart problems for a number of years.