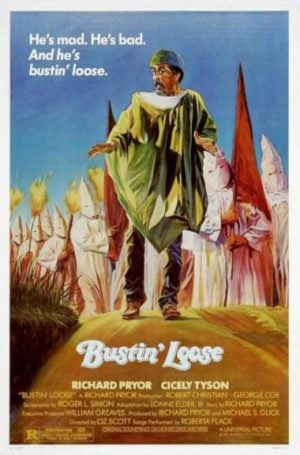 Bustin' Loose is alive and kicking.
Please ignore rumors and hoaxes.
If you have any unfortunate news that this page should be update with, please let us know using this .

Bustin' Loose is a film released by Universal Pictures in 1981 starring Richard Pryor as an ex-con who gets a second chance after violating his probation. School teacher Vivian Perry (played by Cicely Tyson) hires him to repair and drive a bus for a group of special needs children from Philadelphia to a farm in Washington state. Pryor also produced the film. Roberta Flack wrote and performed music for the movie. Paul Mooney has a small role. It was during shooting for the film in the summer of 1980 that Pryor's infamous freebasing incident occurred. Although regarded as light-hearted fare compared to Pryor's other work, the film still earned an R rating.