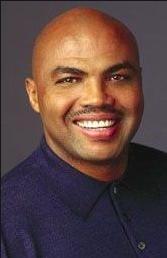 Charles is alive and kicking and is currently 59 years old.
Please ignore rumors and hoaxes.
If you have any unfortunate news that this page should be update with, please let us know using this .

Charles Wade Barkley (born February 20, 1963) is an American retired professional basketball player and current analyst on the television program Inside the NBA. Nicknamed "Chuck", "Sir Charles", and "The Round Mound of Rebound", Barkley established himself as one of the National Basketball Association's (NBA's) most dominating power forwards. He was drafted by the Philadelphia 76ers with the 5th pick of the 1984 NBA draft. He was selected to the All-NBA First Team five times, the All-NBA Second Team five times, and once to the All-NBA Third Team. He earned eleven NBA All-Star Game appearances and was named the All-Star MVP in 1991. In 1993, he was voted the league's Most Valuable Player and during the NBA's 50th anniversary, named one of the 50 Greatest Players in NBA History. He competed in the 1992 and 1996 Olympic games and won two gold medals as a member of the United States' "Dream Team". Barkley is a two-time inductee into the Naismith Memorial Basketball Hall of Fame, being inducted in 2006 for his individual career, and in 2010 as a member of the "Dream Team".
Barkley was a prolific scorer who averaged 22.1 points-per-game during the regular season for his career and 23.0 points-per-game in the playoffs for his career. Barkley was an incredibly efficient offensive force, leading the NBA in 2-point field goal percentage every season from the 1986–87 season to the 1990–91 season. He led the league in effective field goal percentage in both the 1986–87 and 1987–88 seasons as well, and also led the league in offensive rating in both the 1988–89 and 1989–90 seasons. He was one of the NBA's most versatile players and accurate scorers capable of scoring from anywhere on the court and established himself as one of the NBA's premier clutch players.

During his NBA career, Barkley was a constant mismatch because he possessed a set of very uncommon skills and could play in a variety of positions. He would use all facets of his game in a single play; as a scorer, he had the ability to score from the perimeter and the post, using an array of spin moves and fadeaways, or finishing a fast break with a powerful dunk. He was one of the most efficient scorers of all-time, scoring at 54.13% total field goal percentage for his season career and 51.34% total field goal shooting for his playoff career (including a career-high season average of 60% during the 1989–90 NBA season).
Barkley married Maureen Blumhardt in 1989. The couple have a daughter together, Christiana, born the same year. A DNA test read by George Lopez on Lopez Tonight revealed Charles Barkley to be of 14% Native American, 11% European, and 75% African descent.