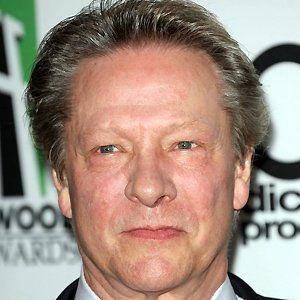 Chris is alive and kicking and is currently 70 years old.
Please ignore rumors and hoaxes.
If you have any unfortunate news that this page should be update with, please let us know using this .

Does Chris Cooper Have the coronavirus?

Christopher W. "Chris" Cooper is an American film actor. He became well known in the late 1980s. He has appeared in supporting performances in several major Hollywood films, including the drama American Beauty, the biopic about a NASA engineer titled October Sky, the action spy film The Bourne Identity (2002), the biographical sports psychological-drama thriller film Seabiscuit (2003), the biographical film about Truman Capote, Capote (2005), the geopolitical thriller Syriana (2005), the action-thriller The Kingdom (2007), the crime drama The Town (2010), and the musical comedy film The Muppets (2011).