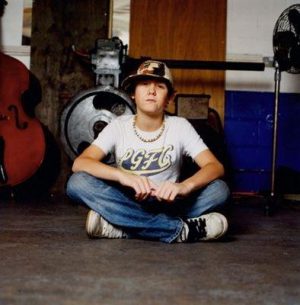 Christopher James Hardman, known by the stage name Lil' Chris, was an English singer-songwriter, actor, and television personality. He came to prominence in 2006 after appearing on the Channel 4 series Rock School, which saw KISS vocalist and bassist Gene Simmons make a rock band at Lil' Chris' school. Later that year he released the single "Checkin' It Out", which charted at number 3, and a self-titled album. In 2008 he hosted his own series, Everybody Loves Lil' Chris. He took his own life in March 2015 at his home in Lowestoft after a period of depression.