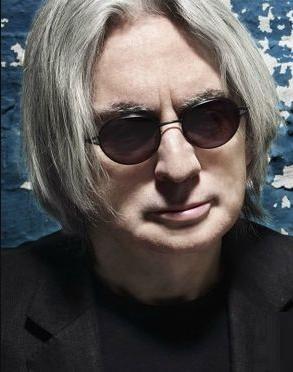 Chris is alive and kicking and is currently 72 years old.
Please ignore rumors and hoaxes.
If you have any unfortunate news that this page should be update with, please let us know using this .

Does Chris Stein Have the coronavirus?

Christopher "Chris" Stein (born January 5, 1950) is the co-founder and guitarist of the new wave band, Blondie. He is also a producer and performer for the classic soundtrack of the hip hop film, Wild Style, and writer of the soundtrack for the film Union City.
An acclaimed photographer, Stein has taken thousands of images documenting the early New York City punk music scene, the visual allure of Debbie Harry and Blondie, and his collaborations with artistic luminaries including Andy Warhol and H.R. Giger. Stein's photography was published most recently in September 2014 by Rizzoli International in his book, Chris Stein / Negative: Me, Blondie, and the Advent of Punk.

While in Blondie, Stein and Harry maintained a romantic relationship but never married. In 1989, the couple went their separate ways but have continued to work together on a professional basis. Stein was co-host of TV Party, a public-access television cable TV show in New York City, that ran from 1978 to 1982.
In 1983, Stein was diagnosed with pemphigus vulgaris, a rare autoimmune disease of the skin, but he has since regained normal function. Stein had developed a mild form of the disease, and was able to control it with a program of steroids. As of 2016, he was still touring and recording with Blondie.
In 1999, Stein married the actress Barbara Sicuranza, and they have two daughters, Akira and Valentina.