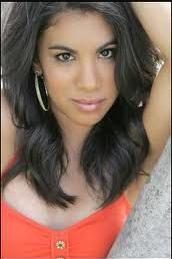 Chrissie is alive and kicking and is currently 38 years old.
Please ignore rumors and hoaxes.
If you have any unfortunate news that this page should be update with, please let us know using this .

Does Chrissie Fit Have the coronavirus?

Chrissie Fit's mother, Maria Christina, is still alive and kicking. She is Brazilian and has had a career as a singer.

Chrissie started singing at the age of five and always had a flare for the dramatic. She discovered the world of acting when she was about ten years old and was hooked. She performed in countless plays and musicals throughout her school years, and eventually started working with theatre companies in her hometown of Miami, Florida.After studying and working in Miami, Chrissie decided to move to Los Angeles. Since moving to Hollywood, Chrissie has been making quite a name for herself. Working on shows such as SouthLAnd (TNT), HOUSE, M.D. (FOX), Night Shift (SOAPnet), The Middleman (ABC Family), and Zoey 101 (Nickelodeon), and she plays Mercedes on General Hospital (ABC). She recently was part of the 2011 Disney/ABC Talent Showcase, which presents up-and-coming talent to industry professionals in an effort to diversify television programming.Chrissie has also worked on various films. One of which was directed by Wayne Kramer and starred Harrison Ford (Crossing Over). In 2012, she will be going to Sundance with a film called Filly Brown (Edward James Olmos, Lou Diamond Phillips, Jenni Rivera, and Gina Rodriguez).Aside from acting, Chrissie has been working on her writing. She finished her first screenplay, Love's A Trip, with friend and writing partner, Cyrina Fiallo. They are now working on a screenplay for producer Barney Cohen, and continue to write for their web series, The Subpranos.