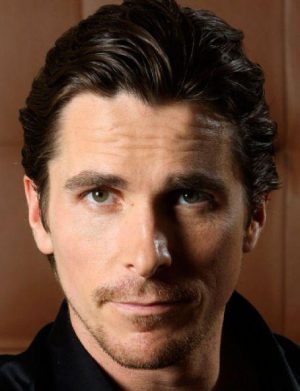 Christian is alive and kicking and is currently 48 years old.
Please ignore rumors and hoaxes.
If you have any unfortunate news that this page should be update with, please let us know using this .

Does Christian Bale Have the coronavirus?

Christian Bale's father, David Bale, died on December 30, 2003 as he was 62 years old. His cause of death was brain lymphoma.

Christian Charles Philip Bale is an English actor. He has starred both in blockbuster films and smaller projects from independent producers and art houses. Bale is the recipient of many awards, including an Academy Award and two Golden Globes, and was featured in the Time 100 list of 2011.
Bale continued to take on starring roles, including in Nolan's period drama The Prestige (2006), the western 3:10 to Yuma (2007), the science fiction film Terminator Salvation (2009), and the crime drama Public Enemies (2009). He won the Golden Globe and Academy Award for Best Supporting Actor for his portrayal of Dicky Eklund in the David O. Russell-directed biographical film The Fighter (2010). This acclaim continued with his Oscar-nominated roles in Russell's black comedy American Hustle (2013) and in Adam McKay's satires The Big Short (2015) and Vice (2018). For portraying Dick Cheney in the latter, he won a Golden Globe Award for Best Actor.

On 29 January 2000, Bale married Sandra "Sibi" Blažić (born 1970), an American former model, make-up artist, and personal assistant to actress Winona Ryder. The couple have two children: a daughter, Emmaline (born 2005), and a son, Joseph (born 2014). In 2019, he jokingly referred to them as "Banana and Burrito" in his acceptance speech at the Golden Globes, a light-hearted dig aimed at celebrity couples giving their children unusual names.
On 22 July 2008, Bale was arrested in London after being accused of assault by his mother, Jenny, and sister, Sharon, at The Dorchester hotel. After his mother and sister called the authorities, Bale was held for more than four hours. He was released on bail, pending further investigation. On 14 August 2008, police declared that they would take no further action against him. Bale denied that any assault had occurred, and the charges were dismissed for lack of evidence.