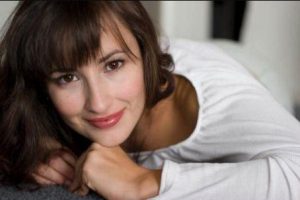 Christina is alive and kicking.
Please ignore rumors and hoaxes.
If you have any unfortunate news that this page should be update with, please let us know using this .

Christina Mae Morris was born in Agana, Guam and raised in v*rginia as well as Maine. She studied Acting at Salem State College, transferred to The School for Film and Television in New York City and later attended classes at California State University Northridge. She has also trained at The Groundlings and performed improv in New York and LA.Christina's theatre credits include working with The Lonny Chapman Group Repertory Theatre, The Ruskin Group, The Secret Rose, and The Colsac Theatre. Most notably portraying Elaine in "Arsenic and Old Lace" and Jackie in "When it Rains".The lead role of Shay in "Dead Doornails" was Christina's first starring role in a feature film. She can also be seen in "Whisper in the Dark" and "Dance by Design".An avid lover of the arts, Christina is an accomplished painter as well as sculptor and dress maker.