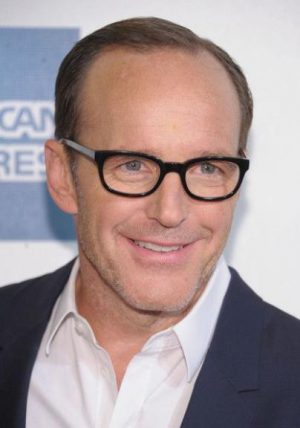 Clark is alive and kicking and is currently 60 years old.
Please ignore rumors and hoaxes.
If you have any unfortunate news that this page should be update with, please let us know using this .

Does Clark Gregg Have the coronavirus?

Robert Clark Gregg is an American actor, screenwriter and director. He has played Phil Coulson in the Marvel Cinematic Universe, appearing in Iron Man, Iron Man 2 (2010), Thor (2011), Marvel's The Avengers (2012), and the television series Marvel's Agents of S.H.I.E.L.D.. He also voices the character on the animated television series Ultimate Spider-Man and in the game Lego Marvel Super Heroes. Gregg has also co-starred as Christine Campbell's ex-husband Richard in the CBS sitcom The New Adventures of Old Christine, which debuted in March 2006 and concluded in May 2010. He also played FBI Special Agent Mike Casper on the NBC series The West Wing and Cam, the on-and-off boyfriend of Jack (and client of Grace) on the NBC series Will & Grace.