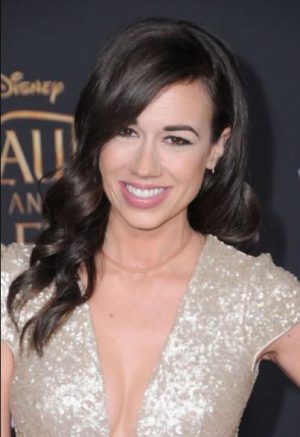 Colleen is alive and kicking and is currently 36 years old.
Please ignore rumors and hoaxes.
If you have any unfortunate news that this page should be update with, please let us know using this .

Colleen Mae Ballinger is an American comedian, actress, singer and YouTube personality. She is best known for her Internet character Miranda Sings, posting videos of the character on YouTube and performing her one-woman comedy act on tour in theatres worldwide.
She created the comically talentless, egotistical and eccentric character to satirize the many YouTube videos featuring people singing badly, but who appear unaware of their lack of talent. In her videos and stage act, the narcissistic character sings and dances badly, discusses current events that she misunderstands, gives inept "tutorials", collaborates with other YouTubers, and rants about her personal issues and her critics, whom she calls the "haters".

Ballinger moved to New York City in 2010 to follow performing opportunities, but she returned to the West coast in 2012 when she realized that, to maximize her YouTube audience, she needed to collaborate with the community of YouTubers based in Los Angeles. In July 2015, after several years of dating, Ballinger and Joshua Evans wed in California. In September 2016, the couple announced their divorce.
Ballinger then purchased a new home in Encino, California. Ballinger met actor Erik Stocklin when she cast him to play Miranda's love interest in Haters Back Off. The couple began dating by early 2018 and confirmed the relationship in June 2018.