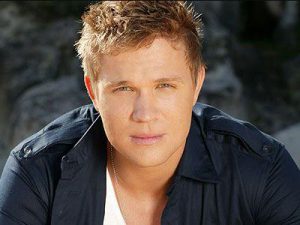 Conrad is alive and kicking and is currently 42 years old.
Please ignore rumors and hoaxes.
If you have any unfortunate news that this page should be update with, please let us know using this .

Does Conrad Coleby Have the coronavirus?

Conrad Coleby's father, Robert Coleby, is still alive and kicking at the age of 75. He is British and has had a career as a actor.

Conrad Coleby is an Australian actor. In 1999, before leaving drama school, Coleby co-starred with the Irish actor Eoin Moloney in the TV movie "Sabrina Down Under", filmed on Hamilton Island.
Upon graduation Conrad was snapped up by the Sydney Theatre Company to play the role of "Stuey" in Tony McNamara's new play "The Recruit" alongside John Howard, Leanna Walsman and Brendan Cowell directed by Robin Nevin. He was then cast in episodes of Always Greener (2002) and Water Rats (2000) before landing the role of series regular Scott Zinenko on the medical drama All Saints, which he played from 2001 to 2004. Coleby was nominated for a Logie in 2002 for "Best New Talent".

During the final years of All Saints he also appeared in the Sydney Theatre Company 's production of "The Club" by David Williamson at the Sydney Opera House and in 2005 sang the principal role of "Lt Cable" in Roger and Hammerstein's "South Pacific" at the Theatre Royale. Coleby portrayed student counsellor and former town resident Adam Wilde on the drama series HeadLand from 2005 to 2006. Coleby also appeared as a front-row footballer called "Billy" in the film The Final Winter (2006). From late 2007 he played Roman Harris on the soap opera Home and Away, his last episode being shown on 11 June 2009.
Coleby also performed the lead role of Tom in The Glass Menagerie by Tennessee Williams for Queensland Theatre Company. He was nominated for a Matilda Award for his work. Coleby was in the main cast of the drama series Sea Patrol for the 2010 and 2011 seasons, playing the role of the buffer Dylan "Dutchy" Mulholland. In 2014, he appeared as Red Beard in The Wolverine.