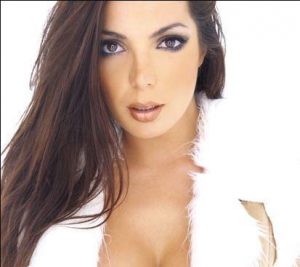 Coralie is alive and kicking and is currently 41 years old.
Please ignore rumors and hoaxes.
If you have any unfortunate news that this page should be update with, please let us know using this .

"I am an only child brought up on a farm by my mother whom is very down to earth and very beautiful. I thank you mum for giving me a personality.When I was a little girl I always knew I wanted to be in the limelight. I loved to dance and was always dancing at family gatherings. I was on the NZ rhythmic gymnastics team at age 13."
"I attended college at Villa Maria College -a Catholic Girl`s School. I have always had a passion for fashion. At age 16 I won a beauty pageant Miss Teen NZ. That`s when my modeling career commenced. I got a scholarship for Art (Sculpture), at college but turned it down. My excuse at the time was, “ Art was something I love and if I had to do it on command I would lose my passion for it”. But really I just wanted to go and follow my dreams and travel the world."

"I got myself a modelling contract in Australia (Sydney) at the age of 19 so I left NZ and moved to Sydney by myself. That`s when my swimsuit career really took off. I was in all of the lad`s mag`s such as FHM, Ralph, and I did my first shoot for Playboy (German Edition). I also did all the lingerie and swimsuit fashion shows in Sydney."
"At age 20 I was a guest model at the MTV Movie Awards in LA. I then moved to Tokyo and worked in a cabaret show 6 nights a week on a huge salary and saved all of my money. Unfortunately on the modelling side I wasn`t really the look that they were seeking in Tokyo. They preferred more stick thin, very tall, Catwalk Models, which is everything that is I am not. After many castings and many rejections I only landed a couple of big modelling jobs in Tokyo (Shisedo). My body was on all the body lotions but unfortunately they did not use my head – Damn! I launched the new Ferrari collection in 2001 and did a decomo telecom commercial but that was it, so I decided to move on. I was still booked on jobs in Australia so I would fly back for a month to do the Moulin Rouge as a Can- Can Dancer. I also did the Rossignal Crank Snowboarding magazine and my first video with American Playboy (Playmates Down Under)."
"At 21 I moved to London and since then I have been doing all the men`s magazines - FHM, Loaded, Front, Nuts, Zoo, Playboy and as a result have become rather a Tabloid Princess - in the papers regularly for being controversial. It`s crazy these days when I go out on the town the Paparazzi chase me down the street. (But I love it!).I have just finished filming my show for MTV called the Candy Girls, which is a documentary/reality show about UK models and whether or not they can make it in the states. The show will release on MTV and Channel 4 around the Easter time of 2005."
"Finally its all happening and all of my dreams are unfolding.... The one thing that I have realised is that it is a lonely way to the top. I have no time for serious relationships at the moment. I would say that I am married to my career. Men are very intimidated by beautiful women, especially when they have brains."