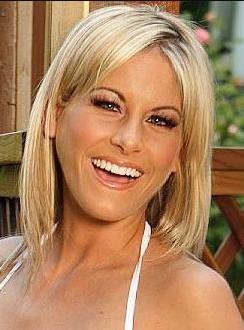 Courtney is alive and kicking and is currently 37 years old.
Please ignore rumors and hoaxes.
If you have any unfortunate news that this page should be update with, please let us know using this .

Courtney Simpson (born May 9, 1985) is an American former pornographic actress.
On December 2, 2005, The Arizona Republic reported that Arizona State University officials were looking into any legal claims they might have in relation to a possible infringement of trademarks and intellectual property over Simpson performing in an ASU cheerleader uniform in the pornographic video Gina Lynn’s Double Dutch. Simpson continued shooting films during the controversy, working five to six days per week.

In September 2006 Simpson announced she would no longer be performing heterosexual scenes on film, to give her more time to go back to college and get her degree. She had made more than 250 films, and was considered one of the industry's most prolific performers. By 2007 she was no longer shooting new material and had completely retired from the industry.