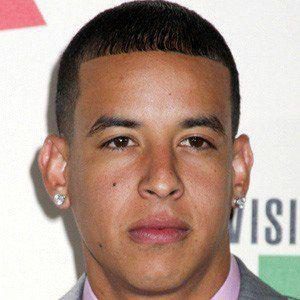 Daddy is alive and kicking and is currently 45 years old.
Please ignore rumors and hoaxes.
If you have any unfortunate news that this page should be update with, please let us know using this .

He also received a Puerto Rican Walk of Fame Star, special awards by People en Español magazine, and the Presencia Latina at Harvard University. He was named by CNN as the "Most Influential Hispanic Artist" of 2009, and included in Time 100 in 2006.
Ayala has kept most of his personal life private, rarely speaking about it in interviews. He has said that he avoids doing so because such details are the only aspect of his life that are not public and that they are like a "little treasure".
In 2006 he spoke about his relationship with his wife and children in an interview with María Celeste Arrarás in Al Rojo Vivo. He stated that his marriage is strong because he and his wife are "friends above anything", and that he has tried to ignore other temptations because "weakness is the reason for the downfall of several artists". His first daughter was born when he was seventeen years old, which he described as confusing at first, adding that raising a daughter at that age was a hard experience.