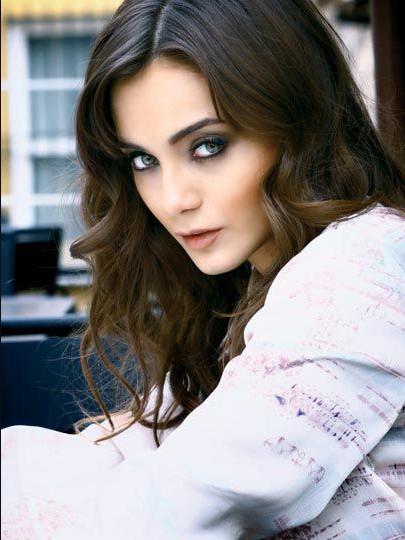 Damla is alive and kicking and is currently 34 years old.
Please ignore rumors and hoaxes.
If you have any unfortunate news that this page should be update with, please let us know using this .

Does Damla Sönmez Have the coronavirus?

Damla Sonmez was born in Istanbul, Turkey. Her native language is Turkish and is fluent in English and French. Cinema has been her greatest passion since she was child.She is an award-winning actor of international distinction. She received several nominations for her performance in Bornova Bornova (2009) , winning the Antalya Golden Orange Award, Ankara Flying Broom Women's Film Festival Award and a Sadri Alisik Theatre & Movie Award. She was also nominated for The Young Talent Award at the Yesilcam Movie Awards for her performance in Mahpeyker - Kösem Sultan (2010)As a young actress, Sonmez trained in cities throughout Europe. After graduating from Saint Joseph French High School in Istanbul, she was accepted to Université de La Sorbonne Nouvelle Paris III Theatre department. She studied for a year in Paris before being awarded a scholarship to the Yeditepe University Fine Arts Theatre Department in Istanbul. She also attended Jillian O'Dowd's Contemporary Acting Workshop at the London Dramatic School of Arts..Sonmez made her film debut in Kampüste çiplak ayaklar (2009) , which was quickly followed up with her award-winning performance in Bornova Bornova (2009) in which she played a confused, yet ruthless Lady M-inspired girl from Izmir. She played a young conservative worker in _Çakal(2010)_ and was nominated for her work as an Ottoman Empire Sultan in Mahpeyker - Kösem Sultan (2010). Sonmez next played an abused girl who takes matters into her own hands in the comedy Last Stop: Salvation (2012) She continued her work in film in A Long Story (2012) as an attorney's daughter who meets the love of her life, followed by Thou Gild'st the Even (2013) playing a young town girl who has the ability to stop time.