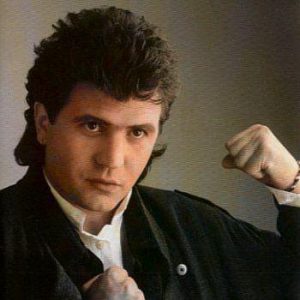 Daniel passed away on January 14, 1986 at the age of 33 in Gourma-Rharous, Mali. Daniel's cause of death was helicopter crash.

Daniel Balavoine (5 February 1952 – 14 January 1986), also known as Bala, was a French singer and songwriter. He was hugely popular in the French-speaking world, and inspired many singers in the 1980s, such as Jean-Jacques Goldman, a japanese pop-rock group Crystal King (band) and Michel Berger, his closest friend. He took part in French political life and is known for a 1980 televised verbal confrontation with then presidential candidate François Mitterrand.