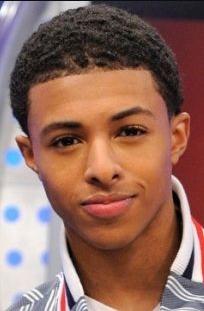 Daniel is alive and kicking and is currently 27 years old.
Please ignore rumors and hoaxes.
If you have any unfortunate news that this page should be update with, please let us know using this .

Does Daniel Simmons Have the coronavirus?

Daniel Simmons's mother, Justine Simmons, is still alive and kicking at the age of 56. She is American and has had a career as a personality.

Daniel Dwayne Simmons III, better known by his stage name Diggy Simmons or commonly just Diggy, is an American rapper, singer, model, and actor and the fourth child of Joseph "Rev. Run" Simmons of Run DMC. He along with his parents and five siblings, were the primary subjects of the MTV reality television show Run's House. Diggy was also the youngest member of the hip-hop collective All City Chess Club.